If you are anything like me, you have a long and very personal history with hunting rifles.  I was given my first hunting rifle at about the age of 12.  My father gave me a Marlin .30-30 lever action for Christmas, and I was thrilled.  He taught me how to target shoot until I was solid at 100 yards.  He taught me how to oil it down and keep it clean.  It was a simple yet effective rifle for deer hunting in the thick brush of the Ozark Mountains.  I killed my first deer shortly after and have continued to use the same rifle to this day.  Sure, I have purchased others over the years and added a scope to accommodate my fading eyesight.  However, my first rifle still remains the one I use most often for deer hunting.

If you are in the market for a new hunting rifle, the task can be daunting.  There are so many choices some of which you didn’t even know existed.  If you look at the highest quality weapons, you will see some classics as well as some newer designs.  It can be a large investment, so doing some research is important.  Our goal in this article is to breakdown the best hunting rifles that have ever existed AND are also currently available to purchase new.  Sure you can head out to a gun show and buy a used rifle, but you really never know what you are getting.  This guide should help you narrow down your choices for buying a great hunting rifle right out of the box.

This rifle is the best selling bolt-action rifle of all time.  Many people consider it to be the most reliable hunting rifle you can purchase.  The 700 was actually created out of a need to compete with Winchester.  In the 60’s the Winchester Model 70 was selling at a high rate, but it was very pricey.  Remington decided to create a top notch bolt-action hunting rifle that was more affordable for the average consumer.  The Remington 700 did so well that Winchester was actually forced to change the way they produced the Model 70 to try and compete.  Not only has the 700 remained a great choice for hunters, but it is still used by the US Military as the M24 sniper rifle. The M1A is a semi-automatic which is chambered in .308 Winchester.  This rifle is also known as the M14 battle rifle, which is the current designated marksman’s rifle for the US military.  It has actually been the longest serving rifle in US military history.  You can get this rifle in three different versions: the 16” barrel, 18.5” barrel, and the 22” barrel.  When looking at accuracy, the longer the barrel is the better your shot will be.  This is due to both bullet speed and sight radius.  You can also get magazines that hold five, ten, or twenty rounds.  The M1A is on the higher end of the price range, but most hunters feel it is worth the cost. 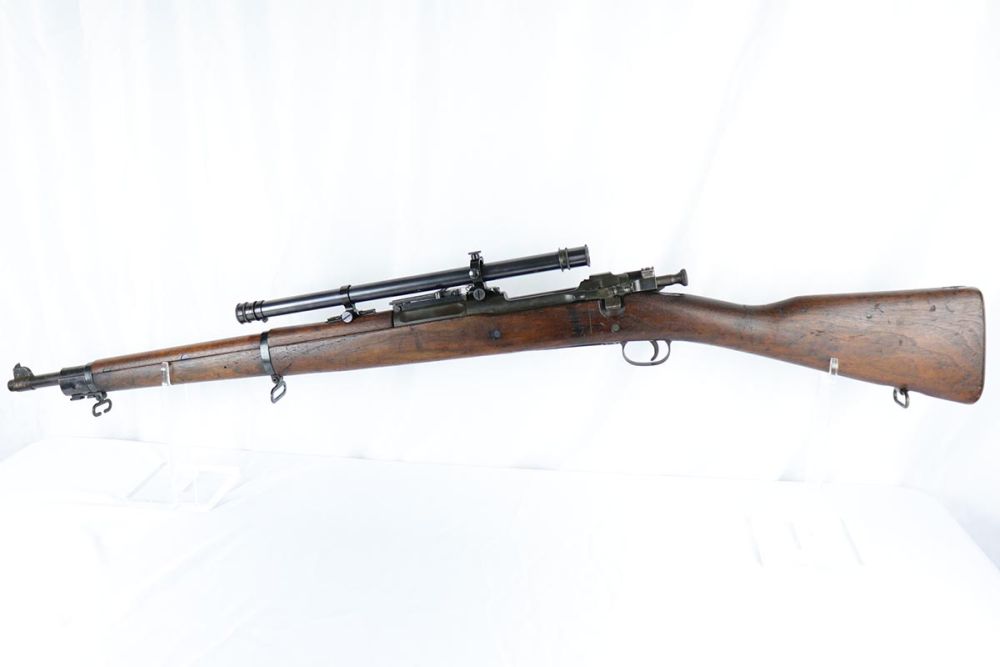 This rifle is also a bolt action but is chambered in .30-06 Springfield.  It happens to be the rifle my father used for most of his hunting years.  He found it very accurate at long distances with plenty of power.  The M1903 was the standard issue service rifle for the US military in WWI and was then used as a sniper rifle in WWI, Korea, and Vietnam.  The rifle was based off of a Mauser action, and the German manufacturer sued Springfield for it.  Can you imagine an American company paying royalties to a German company during WWI?  The original version is no longer available, but you can still find them in the surplus market as the standard or sporterized versions.

This line is owned by Sako and produces similar weapons to their main line at a lower price point.  Many hunters consider the T3X to be the best value for a modern hunting rifle on the market today.  There are several versions available with different calibers and configurations.  The T3 came out in 2003, and the T3X was an upgraded model that was released in 2016.  All parts are interchangeable on these two models.  The advantages of the T3X are that it feeds with a removable magazine so you can reload faster.  It is also unbelievably light and has an ideal trigger.  The bolt operation is very clean.  Finally, it has a guaranteed 1 MOA accuracy direct from the manufacturer.  This is very hard to find in a hunting rifle.

This rifle is commonly called the ‘Rifleman’s Rifle’.  Prior to 1964, the Model 70 was considered the highest quality bolt action ever created.  At that time, the rifle was built by hand.  After 1964, Winchester started using modern day machining to produce the rifle.  It is still considered a top-notch rifle and is seen in just about any caliber you can think of with several different configurations.  They are a bit pricey, but worth every penny. One of the best innovations of the Model 70 was the 3-position safety that has been used by several other companies since.  Position one makes both the trigger and action inoperable.  Position two releases the action but holds the trigger.  Position three frees up both action and trigger so you can fire.  It truly ensures that you are ready to fire before the rifle becomes live.

There is only one lever action rifle that has had more units sold than the 336, and that is the similar Winchester 1984.  Both are chambered for the .30-30 Winchester round.  The only significant difference between the two rifles is the way the shell exits the rifle.  On the 336 it flies out of the side, while it flies out of the top on the 1984.  The benefit is that the 336 will allow you to add a scope or red dot sight whereas the 1984 will not.  Also, the grip on the 336 is curved, not straight like the Winchester.  This is my personal rifle of choice as it is short barreled and light for tromping around the hills and dense woods of Southern Missouri.  It is powerful enough for deer and black bear and is accurate up to about 150 yards.  I have tested this on several occasions.  With the right ammunition and a scope, I can shoot a three-inch grouping at 150 yards in proper conditions.  If you want to hunt larger game or shoot over longer distances you would need to upgrade to a more powerful rifle.

This particular model is chambered in .45-79 Government.  It is a big bore lever action rifle that is often carried for self defense against large predators.  It is a favorite of hiking and hunting guides.  The 1895 kicks like a mule, but it can put down any animal in North America.  The only downside is that the .45-70 ammo is only good out to about 150 yards.  You would again need to upgrade for shots longer than that.

Here is your overall winner in sales.  The 1894 has been sold more than any other sporting rifle in the history of firearms.  In roughly the last 130 years there have been more than one million of these rifles sold.  Typically you find this rifle designed for the .30-30 Winchester round, but you can find it in many other calibers.  It has been so popular because it is light and very well balanced.  The 1894 is ideal for just about any task. You can also get this rifle in a Trapper version with a 16” barrel.  While this makes the rifle even lighter and easier to maneuver, you lose one round in the magazine and will have to deal with a larger muzzle flash.

This option was designed specifically for the hunter that is on a tight budget but still needs to get a quality weapon.  Often this rifle is sold in a combo pack with a Vortex scope for under $500.  There are definitely smoother actions out there, but this is a great option if you need to keep the cost down.

This weapon is a .308 bolt action that was designed using Jeff Coopers Scout rifle as inspiration.  Cooper was looking to build a carbine rifle using .308 Winchester ammunition, a bolt action, a medium length barrel, a removable magazine, and a scope installed in front of the receiver. He believed that if created, this rifle would be the best possible option for the hunter that could only afford one rifle.  Many different gun producers have designed rifles based on this theory, but the Scout has been the most common version sold.  It uses a similar action to the Model 77 and can use 3, 5, or 10 round magazines.

This is another model that many hunters claim is the best hunting rifle ever made.  Because of this, you can plan on spending about $2,000 for this beauty.  The 85 is used as a hunting rifle and also as a tactical weapon.  This is due to its ideal balance, smooth action, and tough construction.  You can get it in stainless steel or blued options, and iron sights are available for the blued configuration.

The Hawkeye was built to compete directly with the Winchester Model 70 and the Remington Model 700.  Once again, the action used Mauser for inspiration like the Model 70.  It can also be purchased in several different configurations like its competitors.  Before the 77 came the Mark 1 and the Mark 2 with all three being quality hunting rifles.

This rifle was designed by the famous John Browning as a big bore lever action.  It is still produced currently but has had a safety added behind the receiver that can be operated left-handed or right-handed.  Unlike most Winchester rifles, the 1895 can be loaded with a magazine inside of the receiver.  Other Winchesters have a loading gate.  The 1895 was specifically designed to handle rounds with pointed tips, whereas other Winchesters like the 1894 were designed to use smaller soft tip rounds like the .30-30 Winchester.  You can find the 1895 in .270 Winchester, .30-06 Springfield, .405 Winchester, and 7.62 by 54r.  This powerful weapon was made famous by Teddy Roosevelt as he carried it on various hunting trips including trips to Africa to bag lions.

As you can see, there are pros and cons to all of these weapons.  Even after you narrow it down to some of the best valued rifles available, you have lots of choices.  The variables you need to consider are primarily related to how you will use your hunting rifle.  What sized game will you be hunting?  At what distances will you generally be shooting?  Will you hunt in open areas or in thick brush?  Do you prefer a lighter weapon?  How many rounds do you prefer in the magazine?  Will the rifle ever be used for defense against predators? Will you ever add a scope or other optics?  After you determine your needs, then it just comes down to cost.  Any of the rifles features in this article are high quality.  My suggestion is to trim down this list to the rifles that fit your needs and then spend as much as your budget allows.  If you choose wisely, you may be able to stick with the same rifle for all of your hunting career and even pass it on to the next generation.

Best Classic Deer Rifles for Every Price – Used and New »